Uemachi Laboratory is an interior design office located in Hyogo Prefecture, Osaka, Japan. It was founded by founder Mitsumasa Sadakata in 1998. Mitsumasa Sadakata was born in 1970 in Yamaguchi, Japan. He graduated from the Department of Architecture at Kobe University in 1992.

Yinji：How do you see the influence of Japanese traditional culture on contemporary design? In your work, how do you integrate traditional culture into your works and innovate.
Uemachi Laboratory：Japan has four seasons, a rainy season, and a unique climate. I believe that the traditional Japanese culture cultivated there has a great influence on modern design. The idea that it is good to resolve the general framework and surface design in a simpler way, and the emphasis on actively connecting with the external space are things that traditional Japanese design originally had, and they fit in well with the idea of modern design. These values are not an old culture, but rather an awareness that Japanese people continue to have today. In addition to these abstract aspects, I also believe that the functional beauty of traditional Japanese design has a great influence. I believe that devices such as lattices and shoji screens found in old Japanese architecture have passed the stage of Japonism, in which superficial designs are incorporated, and are now being used as design references not only in Japan but also in the world, with a focus on incorporating their functionality.
In my work, too, in trying to obtain a fusion of functionality and beauty, I often find myself naturally approaching traditional Japanese design. However, there are many cases, especially in the details, that can be solved more rationally with modern technology, and I think it is good that traditional Japanese design is reinterpreted and realized with today's materials and details.

Yinji：How do you see the relationship between residence and landscape? The house is not a separate space. How to integrate it with the time and the scenery of the four seasons?
Uemachi Laboratory：Even in overcrowded urban centers, there is an awareness in Japan that treats the house and garden as inseparable. Gardens change with the seasons, and their appearance changes with the passage of time. I prefer a garden that looks like a naturally occurring forest, with the intentions of the gardener blurred over time, rather than a garden with the intentions of the gardener clearly engraved. In architecture, especially in residential buildings, the appearance of the garden differs greatly depending on how it is cut off when viewed from inside the house.
For example, when you look at a part of a deciduous tree cut off by a small window at the end of a corridor, you will feel the change of the seasons strongly. I often design houses with courtyards in urban areas in Japan. I think it is pleasant to have a courtyard enclosed by a wall or fence, which gives a sense of expansion as an extension of the interior, and to see the rooms beyond the garden as a backdrop to the garden.

Yinji：How to reflect the wisdom of Japanese-style houses? In your works, we also feel the unique sense of ritual in Japanese-style houses. How do you create a sense of ritual in works?
Uemachi Laboratory：The wisdom of the Japanese style house has been utilized in many modern designs, but what I am focusing on is the concept of transparency. Due to the hot and humid climate, our ancestors came up with the idea of "see-through" designs, such as bamboo screens and lattices, to allow air to pass through without completely closing the house. Although these designs were probably originally created for the purpose of air circulation, the scenery seen through the lattices and screens is cool and pleasant.
Although the lattice divides the room, half of the view is connected to the other side. I believe that the composition of a Japanese style house emphasizes the horizontal connection between spaces. Rooms are connected to each other, between the street and the entrance, between the garden and the terrace, etc., while dividing them with ambiguous boundaries. I feel that there are many situations in which such ambiguous partitions between spaces are required in contemporary Japanese housing. By staying close to the climate of the place and the lifestyle of the people, we naturally encounter the wisdom of traditional architecture.

Yinji：How do you see the relationship between space, light and materials? Space, light and materials is an eternal theme for architects.
Uemachi Laboratory：Architecture has the aspect of exchanging abstract meanings of space withoutmateriality, but when light enters the space, it becomes visible as a "thing" with materiality. Depending on how the light is applied, the space can become either tasteful or completely tasteless.
It would not be an exaggeration to say that the success or failure of the choice of material as a surface to receive the light determines whether or not the space will appeal to people's sensibilities as architecture. The relationship between space, light, and materials is like a multiplication, and if any of them is close to zero, the value of the resulting architecture approaches zero. The designed space will remain the same as long as the architecture is there, and the light will remain the same in the future, although it may change periodically, such as in a day or a year, but the materials will change with the passage of time. I would like to use materials whose value will increase with the passage of time, and I think that the closer the material is to the original source, such as wood, stone, or soil, the better it will meet this requirement.

Yinji：In your design, what is your lifestyle? What design concept are you pursuing?
Uemachi Laboratory：The design policy of Uemachi Laboratory is to find the “undecorated beauty of something that works”. We are surrounded by “things” everyday, such as furniture, silverware, electronics, automobiles, and so on. And when it comes to houses, it contains countless “things”. Everything has its own function. Design, or the shape of each thing is somewhat controlled by its function.
In other words, “finding the undecorated beauty of something that works” means bringing out the functionality of that “thing” through a undecorated design. We want to look back at the “role” of each thing and find a beautiful balance between functionality and design. Let’s look at a handrail for instance. Its role is to “provide something for people to hold on to”. Poles that are easy to grab onto or a firm pillar also fulfills this function. Our priority is not on how to decorate these things. Instead, we go back to the basic roots such as dimensions, texture, and proportion, and then try to add beauty to such individual and basic parts.
A house lasts for a very long time. People interact with their houses for a much longer time compared to electronics or automobiles. We all have the tendency to try and keep up with the trend. However, when you put too much weight on the current trend, it just can’t keep up with the time. As a result, the design goes out of date before the physical lifespan of the house. 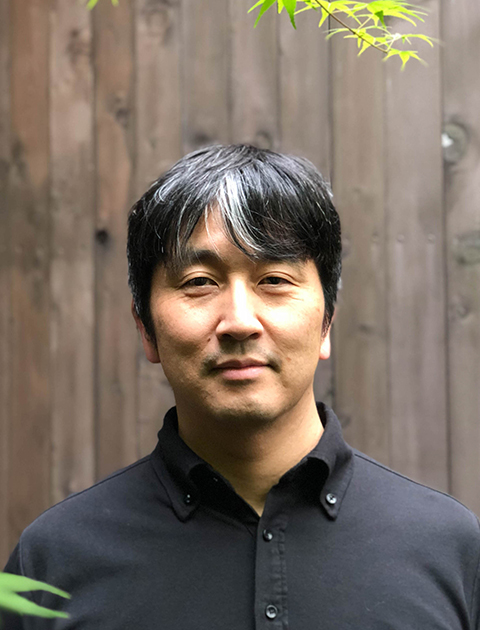